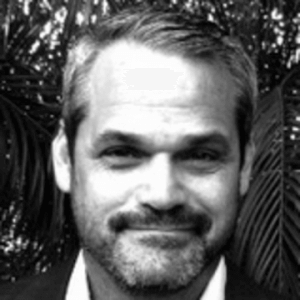 In Q1 2021, Zoom reported that its gross margin widened to 73.9% from 69.4% in the previous quarter – primarily thanks to the optimization of public cloud resources.

And Zoom is certainly not the only company that realized the value of optimizing the cloud infrastructure.

As businesses migrate their workloads to the cloud and build cloud-native applications, they’re starting to realize that overprovisioning and cloud sprawl aren’t just urban legends.

For startups, the cloud is an essential technology because of its unparalleled support for scalability. But the cloud may quickly turn into a struggle because of growing costs.

Here’s what a16z wrote in a recent analysis:

“[…] across 50 of the top public software companies currently utilizing cloud infrastructure, an estimated $100B of market value is being lost among them due to cloud impact on margins — relative to running the infrastructure themselves.”

How can companies deal with the long-term cost implications of the cloud? Cloud cost optimization is the best answer.

3 companies that optimized their cloud costs

1. Spotify developed a cost allocation tool to save millions of dollars

Service ownership is a key problem in taming cloud costs. Tracking the teams’ responsibility for the cloud bill and keeping costs down is a pain.

To handle this, Spotify developed a homegrown solution called Cost Insights that tracks the company’s cloud expenses. By doing that, Spotify allows engineers to take ownership of cloud spend

Spotify also helps its developers by providing suggestions about optimization strategies like autoscaling solutions within the portal. The internal crowdsourced document called Our Cookbook allows engineers to submit insights on what has worked for them in terms of system optimizations to help other teams.

Soon enough, developers started to treat cost optimization like a game – bragging about their victories and motivating other teams to play as well. Spotify is planning to add a leaderboard functionality to play on these social and competitive components of cost control.

Result? Spotify reduced its annual cloud spend by millions of dollars. All thanks to helping engineers to make smarter decisions about resource allocation.

2. Segment optimized its infra and increased margin by 20%

Segment managed to reduce its infrastructure costs by 30% despite increasing traffic volume by 25%, all within six months.

How come? It was all thanks to incremental optimization of infrastructure decisions.

Segment has an internal validation service written in Node.js that validates incoming messages to ensure that they meet their message format.

The service still gets the same allocation, but the team rewrote and optimized the logic.

BTW. Segment is no stranger to cloud cost optimization. The team shared another great story on their blog on how they handled rapidly growing cloud costs and trimmed their AWS bill by $1 million annually.

In the age of the cloud, costs might grow by 10x overnight as a result of a sudden increase in volume or a one-line config change. Businesses need to adjust quickly to stay profitable.

Here’s how we improved our gross margin by 20% in 90 days. https://t.co/kuPRZZg4uK pic.twitter.com/wDVCq9EMSu

The online grocery store La Fourche was running its containers on Amazon Elastic Kubernetes Service (EKS) and soon saw the cloud bill rise from $1,000 to $10,000. This is when the company’s CTO decided that optimization can’t wait.

If La Fourche waited any longer, it might have become the next victim to the never-ending cycle of growing cloud bills and long-term savings plans.

La Fourche started by analyzing the cloud bill in detail. The company turned to the CAST AI Savings Report and ran an agent in read-only mode over their EKS infrastructure. The Savings Report showed that moving to different virtual machines would help to slash costs by a lot.

The latest edition of the State of the Cloud Report revealed that 61% of organizations are planning to optimize their use of cloud resources in search of cost savings. Cloud cost optimization is the top initiative for the fifth year in a row.

Reducing cloud costs can make a dramatic impact on a company’s bottom line. The examples we shared above clearly show that infrastructure costs depend on a team’s ability to provision just what it needs.

Cloud cost optimization is the low-hanging fruit here – it allows staying in the cloud, but for half of the cost.

But to get there, you need to go beyond traditional approaches like cost monitoring and reporting. Read this to learn why automated cost optimization is what makes a real difference: Cloud cost reporting alone isn’t going to cut your cloud bill.

And if you’re ready, take the first step towards cost optimization with this free savings report

Connect your cluster and let the CAST AI read-only agent analyze it. You’ll get a report to help you identify potential cost savings – you can then optimize your cluster on your own or let the solution do that for you automatically.

Peter is the Chief Revenue Officer at CAST AI and has 20+ years of experience in fueling growth at pre-IPO tech companies. Previously, Peter served as VP of Global Sales and Support at Keeper Security, where he managed a team of 75+. He also co-founded an MSSP (Managed Security Services Provider) and grew it to over $36M ARR prior to sale within 5 years. He also held sales leadership roles at Cisco, Ansarada (acquired by thedocyard), and Workshare (acquired by Litera Microsystems).

Cloud automation in 2021: The new normal in the tech industry

When you’re spending that much monthly, you HAVE to look at where to save some extra time and money and its at no surprise that these giant companies do that. Great insights thoe

I think its rare to see small companies focus on savings in the early stages because everyone’s focus is still on the app/service development and how to make it better faster. But its astonishing to even think how fast things can change on the internet, one viral video and you could pay in thousands for what used to be a sub 100$ cloud bill.

I cant believe that just because of overlooking the right principles of operating your cloud accumulates to $100B, thats insane…

Spotify developing their own solution to get insights in to costs? Ok, thats crazy but at the same time, crazy effective too, nice one

As someone commented above, its true that the market can fluctuate insanely from no load to a spike that will cost you thousands for a small business. It would be smart to think about cost savings from day one of joining a cloud provider, but most of us miss that until the bills creep up and thats just the true

Just simply moving workloads to not so overprovisioned instances that suit the job better can save you a lot of money. As a case noted in this blog a bout LaFourche, less instances, using better ones that suit you the best, saves a LOT

Reply
We use cookies on our website to provide you with the best possible experience while you're exploring CAST AI. If you want to find out more, have a look at our and Privacy Policy.OkPrivacy policy